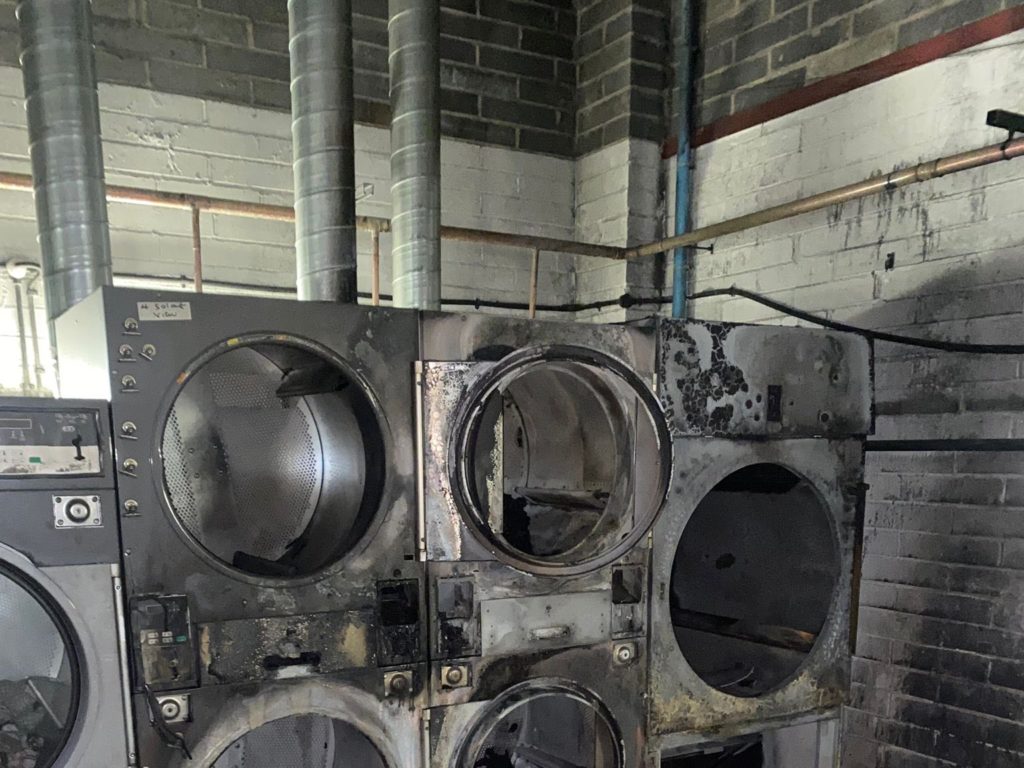 Hampshire and Isle of Wight Fire and Rescue Service received the call at 11.27pm with reports of smoke issuing at Lake Laundry Services.

On arrival crews forced entry to the premises and discovered a number of Gas Tumble Dryers had caught fire.