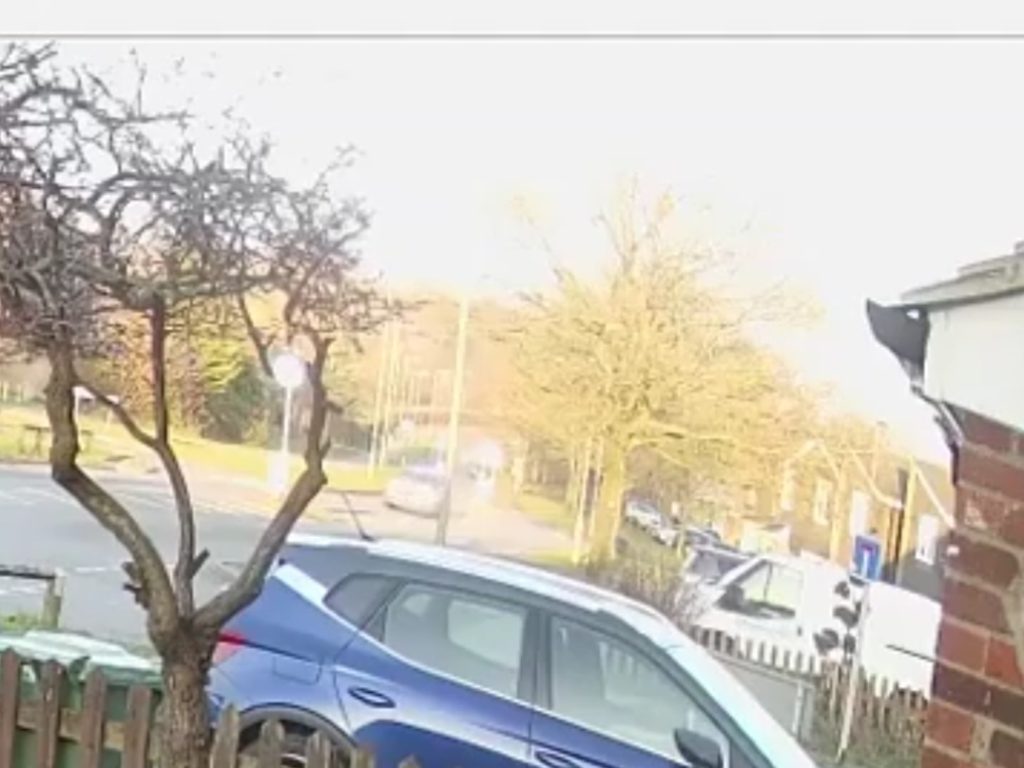 Police have edited the video to just before his friend was thrown from the car, causing him life-changing injuries.

Having collided with a kerb, Christopher lost control of the vehicle, which flipped and came to rest in the front garden of one of the houses in the street.

Both he and his passenger, a man in his 20s, were thrown from the vehicle in the incident, with the latter suffering a fractured skull, a broken leg and broken collar bone. His injuries are considered life-changing.

When a blood specimen was taken, it revealed Christopher had 616 micrograms of Benzoylecgonine – a break down product of cocaine in the body – the legal limit is 50 micrograms.

Appearing at Winchester Crown Court yesterday (April 25), he pleaded guilty to causing serious injury by dangerous driving and driving while under the influence of drugs.

Jailing him for three years and one month, the judge described the incident as a ‘sustained period of extremely dangerous driving’.

Speaking after the sentencing, investigating officer DC Mark Furse said: “It is sheer luck that nobody was killed with Christopher driving at such high speeds through this residential area, while 12 times over the legal drug limit.

“As you can see from the dash cam footage, he showed total disregard for the safety of anyone else on the roads, including his own friend in the passenger seat, who has been left with life-changing injuries.

“As he heads to prison following this sentence, he is extremely fortunate that he doesn’t have someone’s death on his conscience.”

The shocking footage was gathered as part of our investigation into the collision.