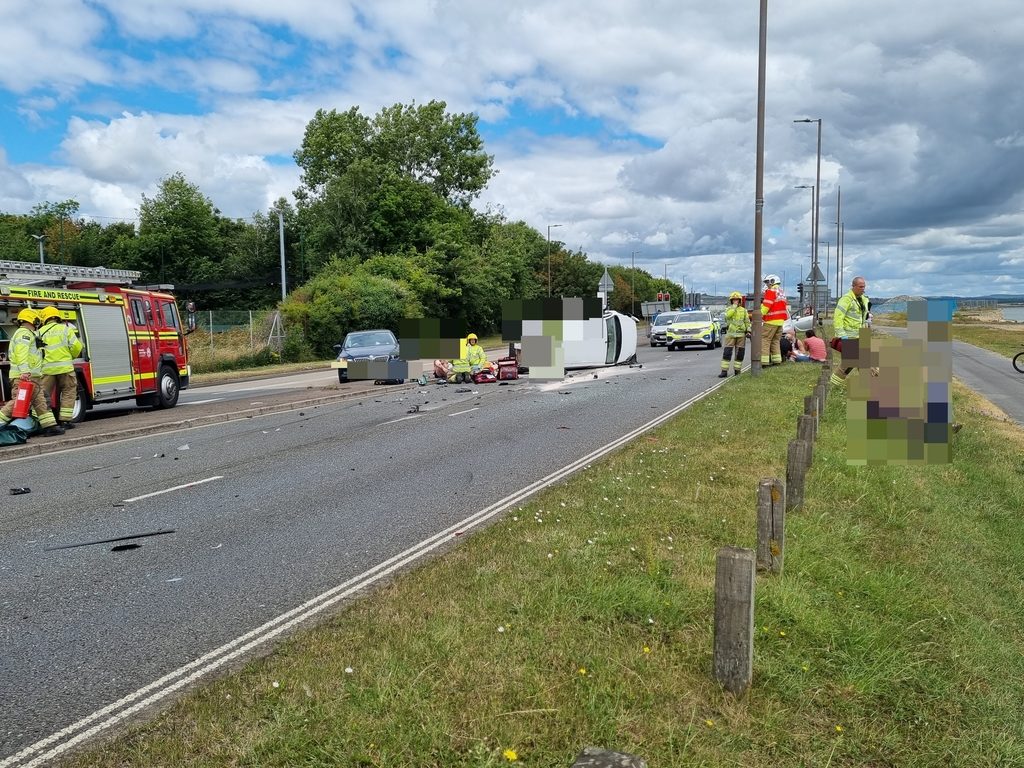 Emergency services were scrambled to the Eastern Road, Portsmouth, after reports of a multi car collision in which a van with two occupants had rolled over.

It’s believed that the van had collided with a BMW that was travelling North out the city, causing the van lose control hurtling towards two lanes of on-coming traffic. 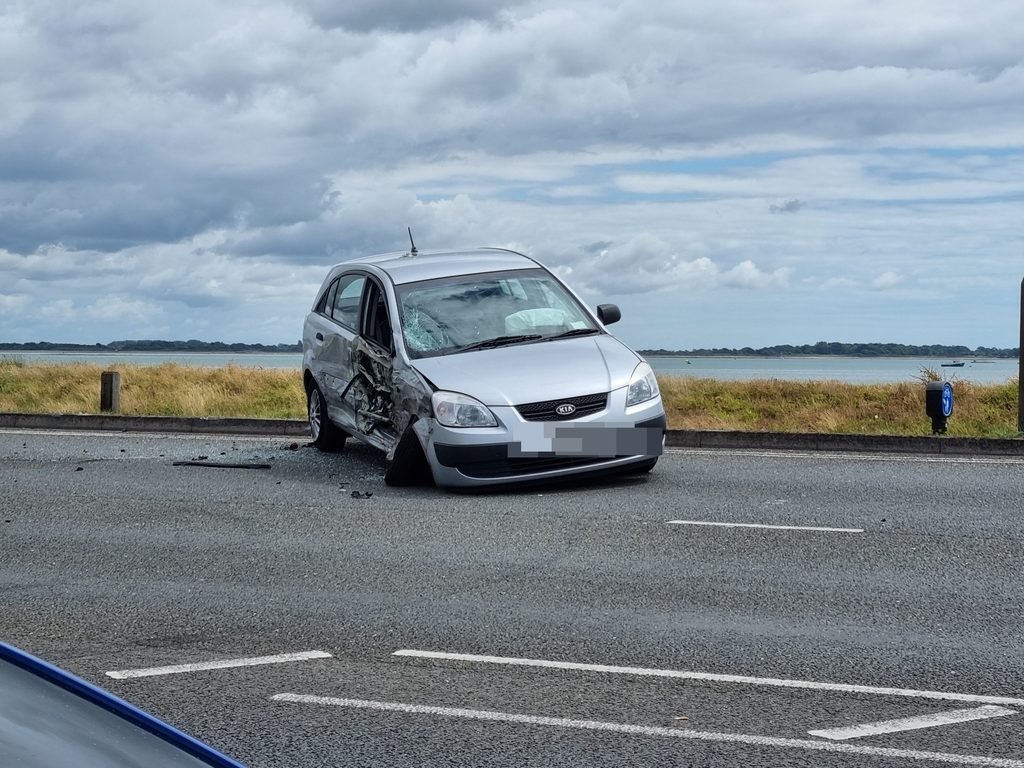 It then collided with two other vehicles, before hitting a Skoda that was shunted across the central reservation.

The van then flipped onto its side with the two occupants who had become trapped in the collision. 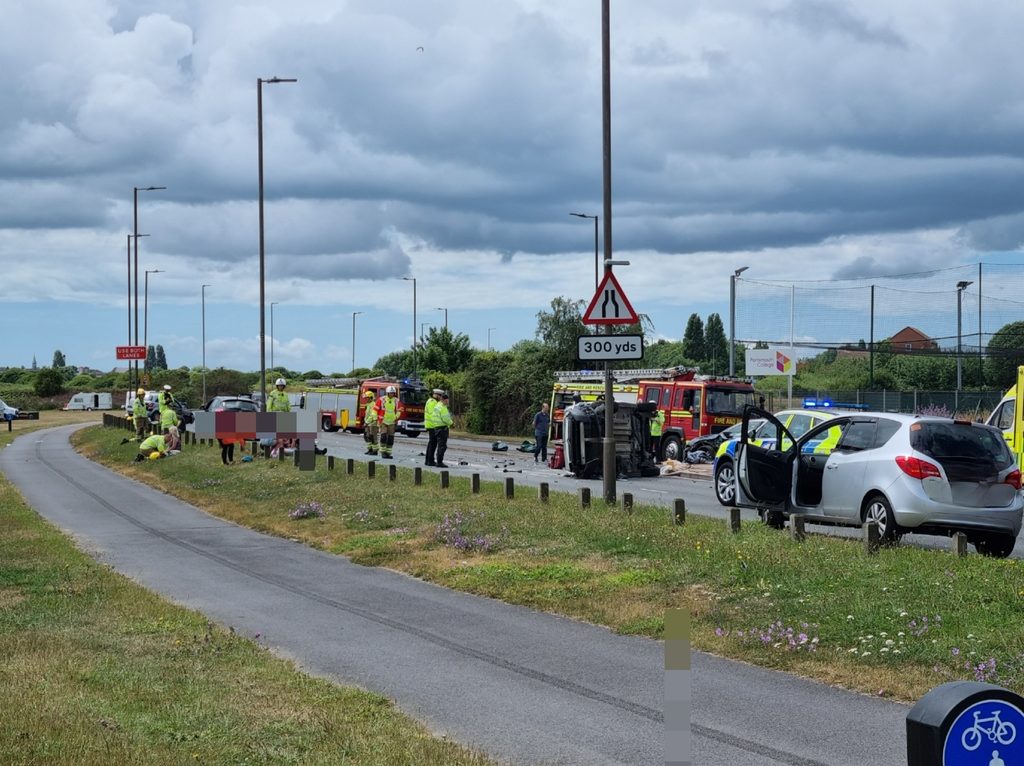 I immediately went running over to the van and found a young child who was screaming and looked very scared by what had happened, her father was also trapped in the van and I quickly got the child out and then assisted getting her father out.

It must have been extremely scary for the child as there was dust everywhere from building materials that were in the van.” 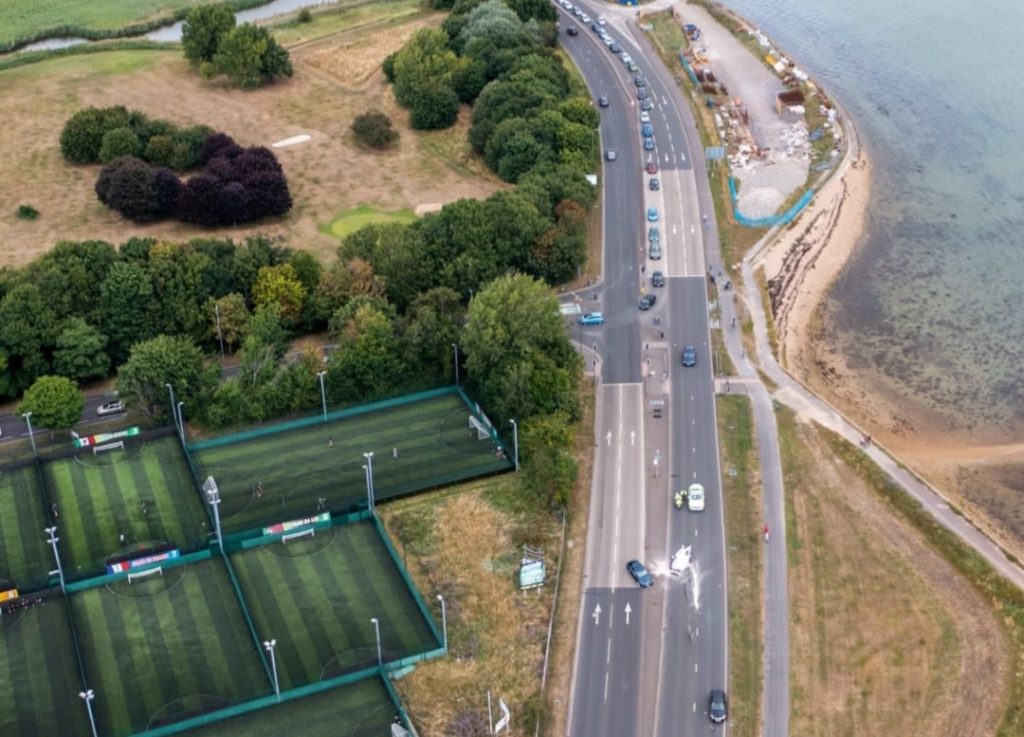 Paramedics assessed two casualties from the van, whilst Firefighters assessed the occupants of the other involved vehicles.

Police reopened the road around 3.20pm after recovery agents worked to remove the damaged vehicles and Colas Roads cleared the debris from the involved vehicles.

Officers of Hampshire Roads Policing Unit are now appealing to the public for help into the investigation, did you witness the collision, do you have dash-cam footage leading upto the collision.

Police are asking anyone that may hold vital information into the collision to contact 101 quoting 44220264854.