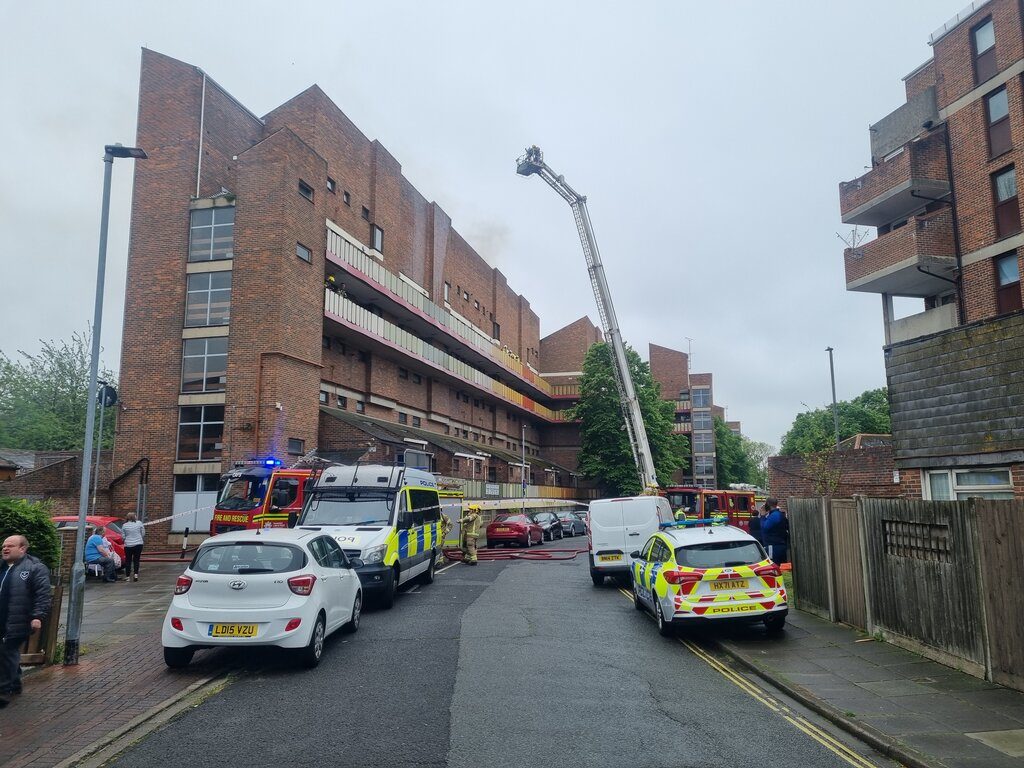 A 30-year-old woman from Portsmouth has been arrested on suspicion of attempting arson with intent to endanger life. She has been released from police custody on conditional bail while police enquiries continue.

A 51-year-old man from Portsmouth who was previously arrested on suspicion of attempting arson with intent to endanger life has also been released from police custody on conditional bail.

This comes after police were called just before 4pm to a report of a fire in Grafton Street, which led to a large number of flats being evacuated. Nobody was injured.

An investigation into this incident is ongoing and officers would still like to hear from anyone who can assist their enquiries.

Police would like to hear from anyone who may have any information about the fire, or who saw or heard anything suspicious on Wednesday afternoon.

You can also submit information online at https://www.hampshire.police.uk/tua/tell-us-about/cor/tell-us-about-existing-case-report/