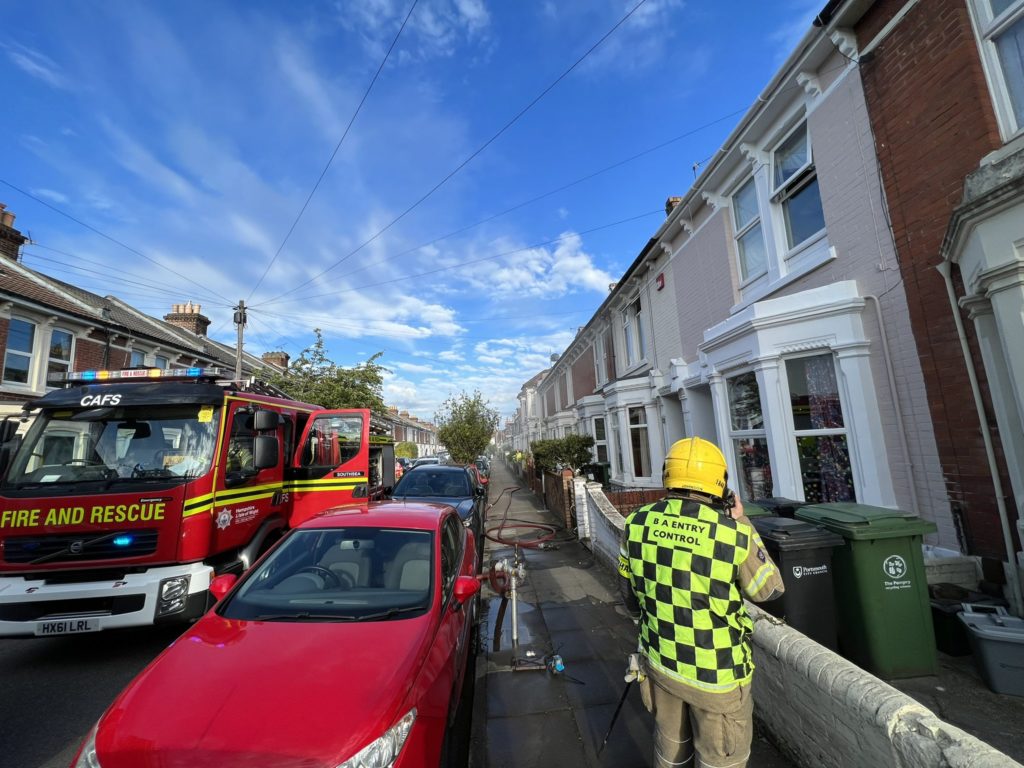 Firefighters called after smoke seen billowing from a Southsea property

Crews from Southsea were deployed to an address in Southsea following reports of a fire which had broke out.

Neighbours raised the alarm after they spotted smoke billowing from the property in Chetwynd Road, Southsea.

Crews stood down shortly after 9.15 pm the cause of the fire is under investigation.

Firefighters would like to remind people to please remember to test your smoke alarm regularly as they save lives.